Spaces in between science and art

Her approach to scientific research is based in the curiosity to look behind the visible reality which can be seen sometimes only through the microscope or by cameras of space exploration.
She describes it as: mysteries of nature which are on one hand an objective rational reality and on the other hand there will always remind a part of mystery, an inexplicable and non rational aspect of life creation.
But science has the capacity to make the hidden facts visible and to show us micro structures, bio chemical processes or even produce synthetic copies of natural phenomenas.

The impact of her work is to combine both – the scientific view which shows simple facts (e.g. human stem cells) and her personal view creating correlations between science and her own artistic or philosophical view. So e.g. she projects a sea of embryonic human stem cells next to a woman cowered like an embryo and floating between flowers like in a dream world (see: WHITE HOME)
In the installation HEART FILLING STATION solar flares from NASA videos or her own heart which has been recorded by ultra sonic are projected as powerful images, embedded between huge rotating roses and text animations and creating a composition of a high energetic atmosphere and strong expression.

Including the objective and sober reality of science images she creates an universe of poetical and meaningful impct plenty of symbols, colors, rhythm and complex text animations. Her work would never impose any opinion on the spectator – it shows facts without comments, allowing the visitor to have their own experience and thoughts.

The inclusion of scientific images is not only to show the hidden beauty and aestheticism of those phenomena but also to broach the issue of current ethical questions.
The border between reality of verifiable biological facts and the metaphysical meaning of our physical world is transparent and in a flowing interaction.
New questions arise in the progress of human evolution which reveal serious ethical questions:
Do we know when life begins? How far are we allowed to clone and copy genetic material? How about exploring space regarding questions of property, space trash, life on other planets etc.
It is part of our recent time to deal with those problems and to question the thin border between evolution and ethical respect towards nature without judgement.

Most of the installations contain one permanent rhythmical video projection which provides a certain constant base in the room.
In the installation BLUE DAY it is a big swing with blue shoes which constantly swings back and forth, in the HEART FILLING STATION the video of foot washing which causes calm and continuos action and in WHITE HOME a baby socking at mother`s breast expressing intimacy and quietness in a very innocent and primarily way.

Valerie Schaller wants to be present as a person when she discovers new fields of  research. She has direct contact to doctors, scientists or institutions where she delves into the themes which fascinate her and represent a big inspiration for her work. 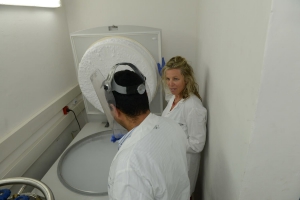 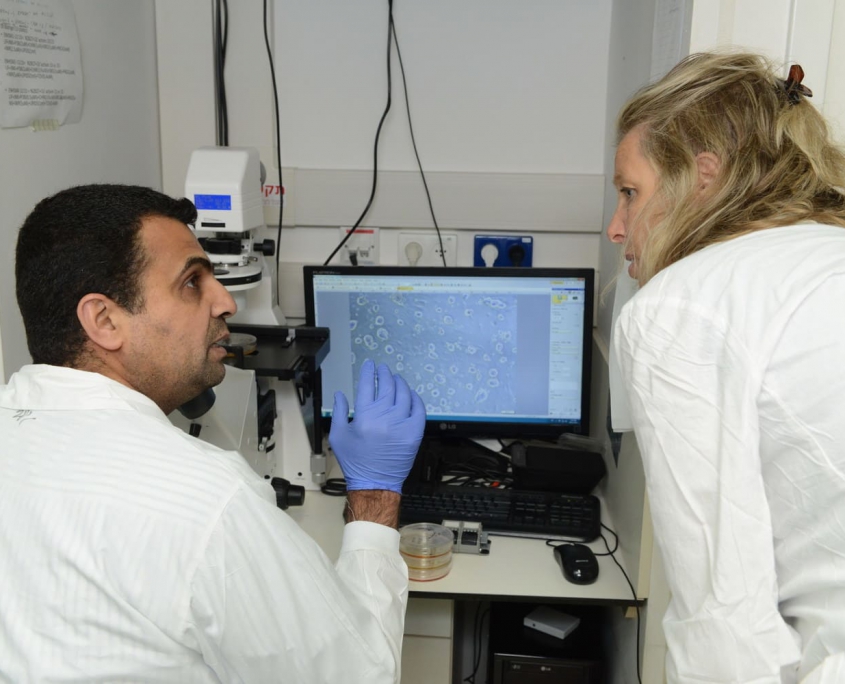